On days 5 and 6 of June 2009 it was held in the Conesa Studio & amp; Asociados of Barcelona the first Ordinary Assembly of ELEN, European Legal Network, under the chairmanship of José Conesa Ballestero, outgoing President. It was attended by representatives of the D & R.H studios in Lyon and Paris, and by the Studio Avvocato Carena of Turin and Milan.

Some topics discussed in the Assembly are summarized. Soon we will present ELEN in the various associated firms both in France and in Italy. A publication is being prepared containing the elements necessary to create a company in Spain, or in France or Italy: this publication will be translated into the three languages ​​Spanish, French and Italian, as well as in English.

Another point discussed in the Assembly was the organization of internships of lawyers with temporary transfer from one office to another in the different countries to provide them with international legal training.

It has been agreed that José Conesa Ballestero will continue to be President of the association also during the next fiscal year and until the next assembly, which will take place in Lyon, under the Presidency of Jean Jacques Duflos. 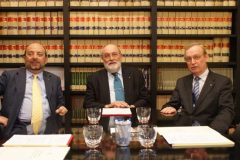 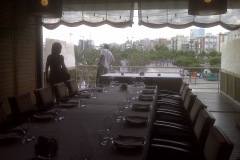 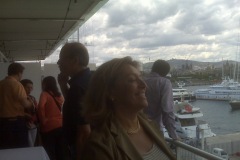 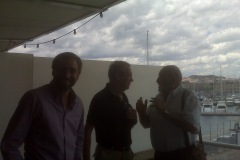